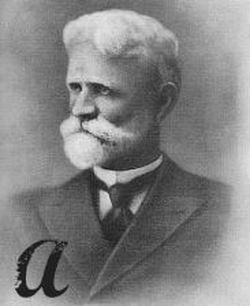 It is likely that you have never heard of Almon Strowger. Eclipsed by more memorable figures of his time he was, nonetheless, a most interesting character. It was while working as an undertaker that he found the inspiration for his invention; the dial phone.

In the late 1880s, Strowger, who was an undertaker, experienced a decline in his previously profitable business. What he would soon discover is that a local switchboard operator was failing to forward clients to his business, opting instead to direct callers to a Strowger competitor. Frustrated, Stowger devised an invention that would allow callers to contact one another directly, without the need of a human intermediary.

Strowger was not the first to have this idea. Thousands of patents for such machines had been submitted, however, Strowger was the first to create a working model. In 1891 Almon Strowger patented his automatic telephone exchange. Strowger's invention would be the common system used by telephone companies in the U.S. for many years to come. He allowed for a revolution in telephone technology, and ensured that never again would an operator intentionally misdirect people.
New Hampshire Telephone Museum
One Depot Street - PO Box 444 - Warner NH 03278
info@nhtelephonemuseum.org - 603.456.2234
Copyright © New Hampshire Telephone Museum 2021. All rights reserved.
Privacy Policy