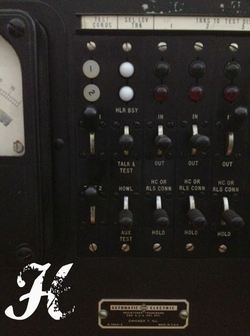 Telephones use a variety of different tones in order to communicate a particular message to the caller, the central office staff or the operator. The Dial Tone, for example, is sent to a customer or operator to indicate that the receiving end is ready to receive dial pulses. The dial tone means that the entire telephone number may be entered.

Other tones include the Audible Ring Tone, Line Busy Tone and the Deposit Coin Tone, for those of us that remember payphones.

The No Such Number Tone, also called the “Cry Baby” tone, tells the calling party to hang up, check the called number, and dial again. In modern systems, calls to unassigned or discontinued numbers will also be routed to a machine announcement system which verbally notifies the caller that the number is no longer in operation.

Years ago, the Howler Tone would inform a customer that their receiver was off-hook. The Howler Tone would get progressively louder the longer the phone remained off-hook. Typically, there were five levels, each growing in decibels so that the customer could hear the tone wherever they happened to be within their home. Ultimately, the test person at the central office would decide how long to leave the howler tone on.

The Receiver Off-Hook Tone has superseded the Howler Tone.