​Apple co-founder Steve Wozniak has revealed that he's increasingly worried about the threat that Artificial Intelligence (AI) poses to humanity.

"Computers are going to take over from humans," predicts the 64-year-old engineer. "No question."

Increasing numbers of prominent figures in the tech world have begun to speak up about the potential risks of AI. While truly intelligent machines could be a boon to industry, they could also prove dangerous if they decided to turn on their creators.
Tesla CEO Elon Musk agrees. He believes that AI is the "biggest existential threat" to humanity, and speaks frequently about it. Bill Gates, Microsoft founder, says that within a few decades, artificial intelligence will be "strong enough to be a concern. I agree with Elon Musk and some others on this and don't understand why some people are not concerned." AI could "spell the end of the human race”, agrees physicist Stephen Hawking.
​
Wozniak wants people to recognize that the “future is scary and very bad for people”. “If we continue to build devices that can take care of everything for us, eventually they'll think faster than us and they'll get rid of the slow humans to run companies more efficiently."

Or, are humans simply taking over more than their fair share of the planet? 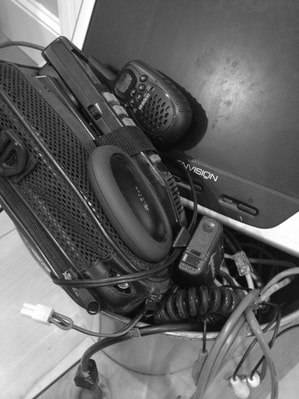 There seems to be nothing that thrills tech-lovers more than the latest and greatest Shiny New Thing. In 2011, 18.65 million iPhones were sold—and that was before the release of the 4s. By the close of 2014, nearly 75 million iPhones were sold [statista.com]. That’s a lot of Shiny New Things.
The problem is, Shiny New Things quickly become Familiar, Boring Old Things, and nothing seems so easily discardable as a sluggish device that no longer runs the latest apps or includes the coolest features. In the U.S. alone, hundreds of millions of old phones, computers and additional hardware are junked each year —that’s a real problem. It’s hardly news by now that electronic devices contain all manner of toxic metals including lead, cadmium and mercury.

E-waste represents 2% of America's trash in landfills, but it equals 70% of overall toxic waste.

20 to 50 million metric tons of e-waste are disposed worldwide every year.

Cell phones and other electronic items contain high amounts of precious metals like gold or silver. Americans dump phones containing over $60 million in gold/silver every year.

A large number of what is labeled as "e-waste" is actually not waste at all, but rather whole electronic equipment or parts that are readily marketable for reuse or can be recycled for materials recovery.

Only 12.5% of e-waste is currently recycled.

For every 1 million cell phones that are recycled, 35,274 lbs of copper, 772 lbs of silver, 75 lbs of gold, and 33 lbs of palladium can be recovered.
Recycling 1 million laptops saves the energy equivalent to the electricity used by 3,657 U.S. homes in a year.

E-waste is still the fastest growing municipal waste stream in America, according to the EPA.

It takes 530 lbs of fossil fuel, 48 lbs of chemicals, and 1.5 tons of water to manufacture one computer and monitor.

Electronic items that are considered to be hazardous include, but are not limited to: Televisions and computer monitors that contain cathode ray tubes, LCD desktop monitors, LCD televisions, Plasma televisions, Portable DVD players with LCD screens.

*Since our exhibit first opened in May 2015, many manufacturers have abandoned their recycling programs [often referred to as Takeback Programs]. 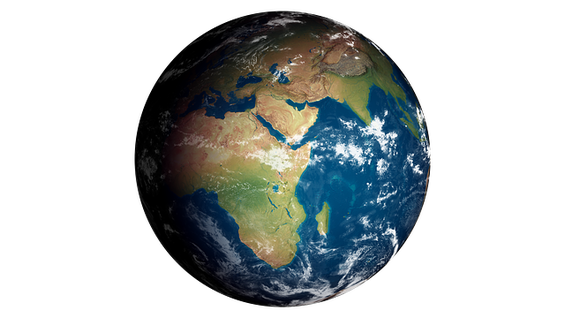 ​Oracle Database Changed the World
​
It's hard to imagine a world without databases. Every time you withdraw cash from an ATM, make airline reservations, or charge something on your credit card, database systems are working behind the scenes. Since the development of the relational database model, in 1970, and since the introduction of Oracle as the first commercial relational database system in 1979, database technology has evolved rapidly and is essential to nearly all transaction processing and business intelligence applications.

The relational database revolution began when IBM researcher Dr. Edgar Codd published the paper "A Relational Model of Data for Large Shared Data Banks." Oracle Chairman and CEO Larry Ellison, along with friends and former coworkers Bob Miner and Ed Oates, had started a consultancy called Software Development Laboratories (SDL), in Silicon Valley. Ellison and Miner read Codd's paper and another paper published in the November 1976 IBM Journal of R&D that described a preliminary version of the SQL language. Ellison saw tremendous business potential in database software, and he and his cofounders at SDL began building what would become the first commercially available relational database management system.

SDL programmers called their finished product Oracle, after the code name of a CIA-funded project Ellison and Miner had worked on at a previous employer, Ampex. (Coincidentally, the CIA would become one of Oracle's first customers). In 1979, SDL changed its company name to Relational Software, Inc. (RSI), and in 1983, RSI renamed itself Oracle Corporation, to more closely align itself with its primary product.
​
Relational Software, Inc. first offered Oracle commercially in the summer of 1979, on Digital Equipment PDP-11 minicomputers.

Source: Ken Jacobs
There is no reason for any individual to have a computer in their home.

There is not the slightest indication that nuclear energy will ever be obtainable. It would mean that the atom would have to be shattered at will.

The horse is here to stay, but the automobile is only a novelty—a fad.

Advice from a president of the Michigan Savings Bank to
Henry Ford's lawyer Horace Rackham. Rackham ignored the advice and invested $5000 in Ford stock, selling it later for $12.5 million.

Rail travel at high speed is not possible because passengers, unable to breathe, would die of asphyxia.

Dr. Dionysus Lardner (1793-1859), Professor of Natural Philosophy
and Astronomy at University College, London
They will never try to steal the phonograph because it has no `commercial value.'
Thomas Edison (1847-1931)
(He later revised that opinion.)

This `telephone' has too many shortcomings to be seriously considered as a practical form of communication. The device is inherently of no value to us.

What use could this company make of an electrical toy?

Western Union president William Orton, responding to an offer
from Alexander Graham Bell to sell his telephone company
to Western Union for $100,000.

Well informed people know it is impossible to transmit the voice over wires and that were it possible to do so, the thing would be of no practical value.

Radio has no future.

Television won't be able to hold on to any market it captures after the first six months. People will soon get tired of staring at a plywood box every night. 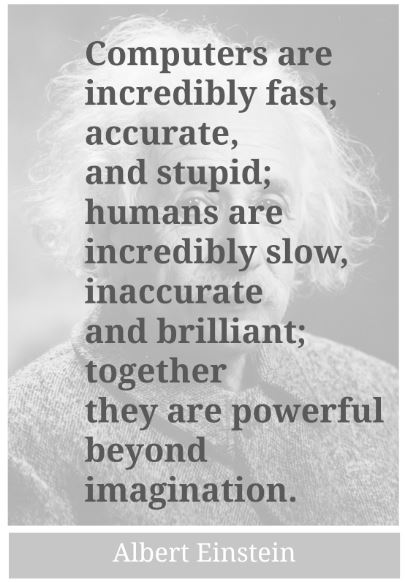