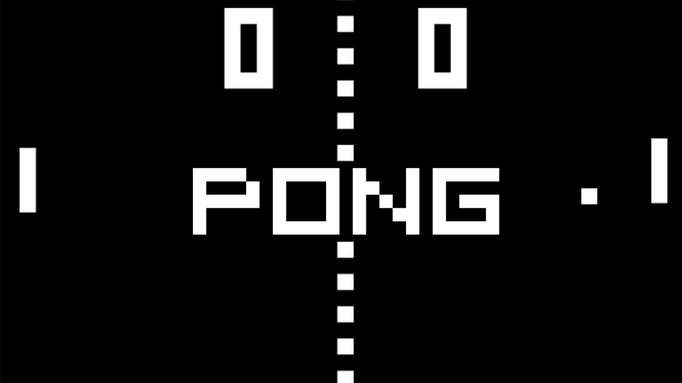 PONG
Pong is one of the first computer games ever created.  This simple "tennis-like" game features two paddles and a ball.  The goal is to defeat your opponent by being the first one to gain 10 points.  A player gets a point when their opponent misses a ball. The game can be played with two human players or one player against a computer controlled paddle.
The game was originally developed by Allan Alcorn and released in 1972 by Atari. Soon, Pong became a huge success and became the first commercially successful game. In 1975, Atari released a home edition of Pong (the first version was played on Arcade machines) which sold 150,000 units. Today, the Pong Game is considered to be the game which started the video games industry as it proved that the video games market can produce significant revenues.
Nolan Bushnell founded Atari in 1972 in order to create games and ideas and license them to other companies for mass production. Pong was actually a training exercise for one of Atari's employees - Allan Alcorn.  Once it was finished, Nolan made a few adjustments in order to make the game more interesting (like changing the ball's return angle) and added simple sound effects. The first Pong Arcade machine was installed in a local bar and was so successful that Atari decided to produce and sell the game by themselves rather than licensing it to other companies. In 1973 the company finally got a line of credit from Wells Fargo and started an assembly line.  By the end of the year, Pong arcade machines were shipped to locations all over the U.S. as well as to other countries.
Atari sold more than 35000 Pong machines.  This figure is only about one third of the total number of Pong machines that were sold globally, since many Pong clones appeared shortly after the debut of the original Atari Pong game. The way Atari chose to compete with the Pong Game clones was to produce more innovative games such as "Double Pong" which was a pong game with four players, two on each side and a bigger screen.

A Toy Manufacturer Builds A Dragon
The Dragon 32 and Dragon 64 [The model numbers reflect the primary difference between the two machines, which have 32 and 64 kilobytes of RAM] were home computers built in the 1980s. The Dragons were very similar to the TRS-80 Color Computer and were produced for the European market by Dragon Data, Ltd., in Port Talbot, Wales.
The Dragon was built around the Motorola MC6809E processor running at 0.89 MHz. This was the most advanced 8-bit CPU design of the time having, among other things, limited 16-bit capabilities. In terms of raw computational power, the Dragon beat most of its contemporary rivals (which were based on the older MOS Technology 6502 or Zilog Z80), but this made little difference in a market where graphical capabilities and software library were much more important to consumers.
A broad range of peripherals existed for the Dragon 32/64. Although neither machine had a built-in disk operating system (cassette tapes being the default data-storage mechanism in the home computer market at the time), Dragon DOS was supplied as part of the disk controller interface from Dragon Data Ltd. The numerous external ports, the standards of the time, including the standard RS-232 on the 64, also allowed hobbyists to attach a diverse range of equipment.
An unusual feature was a monitor port for connection of a computer monitor, as an alternative to the TV output. This was rarely used due to the cost of dedicated monitors at that time. The port is actually a Composite Video port and can be used to connect the Dragon 32 to most modern TVs to deliver a much better picture.
The Dragon used analogue joysticks, unlike most systems of the time which used less versatile but cheaper digital systems. Other uses for the joystick ports included light pens.
Source: computerhistory.org 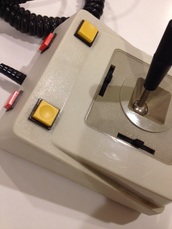 The History of the Joystick
While their looks and sounds have changed dramatically over the past three decades, the ways in which we play video games have only recently started to evolve significantly by comparison.
The joystick, the fire button, the paddle, and the quirky game peripheral have all been around since the dawn of the industry, and the innovative control methods to have emerged following the Seventies can pretty much be counted on one hand.
Developed by American physicist Willy Higinbotham, the quaintly titled 1958 game Tennis For Two was one of the first electronic games ever produced.
Built in a New York research facility, the game was a simple recreation of tennis viewed from a side-on perspective, and its graphics were displayed through an oscilloscope.
Realizing that this control method proved cumbersome and awkward, engineers would later create standalone control boxes, each containing two toggle switches and a single action button. The early Seventies also saw the advent of the paddle controls.
Source:nowgamer.com

​To understand more of the history of the joystick
use this QR Code to visit nowgamer.com 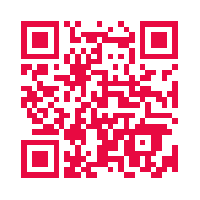 Like the telephone, the computer has been enveloped into our everyday lives. It is far less of a tool than an extension of who we are as a species. Throughout our exhibit we wanted to offer a glimpse into that everyday, so we sprinkled in a few "bits" and "bytes" of  humanity while making every effort to highlight the amazing technological advances.

During our popular 4th PHridays at the Phone Museum series, we try to do the very same by offering a well rounded array of programming. During the month of October, you can smell buttered popcorn in the air. That is the month we power up the projector and show films that use the telephone as a member of the cast. The computer, over the years, can add character actor to its resume, as well. In the 1956 movie Forbidden Planet, the world is saved from a super computer while in The Imitation Game mankind, with the aid of the computer, is saved from itself.

What was once old, is new again.
One could easily argue that there is a symbiotic relationship between the telephone and the computer. During our museum tours, we often draw examples of their symbiosis, most especially when we discuss the smartphone.

There have been many products that have failed to wow the general public at the time of its release. Take this product by Western Electric: 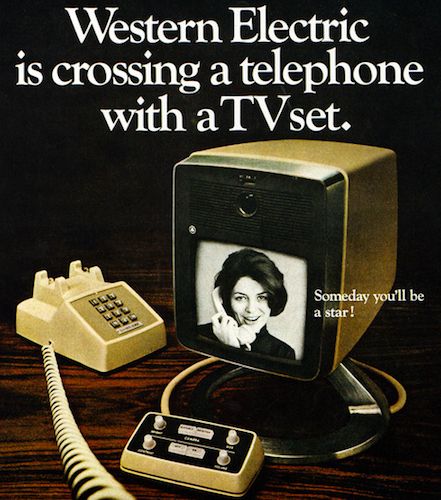 The collaboration between telephone and computer screen seemed like a brilliant pairing. Not only could you speak with a loved one, you could now see them as you talked. The idea flopped.