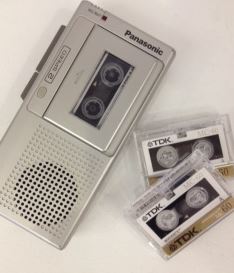 Remember Microcassettes? They were an audio storage/dictation medium invented in 1969 by Olympus as the standard cassette started gaining traction as a popular music medium. It uses the same width of magnetic tape as the compact cassette but in a much smaller container. By using thinner tape and half or a quarter the tape speed, microcassettes can offer comparable recording time to the compact cassette. Microcassettes have also been used as a medium for computer data storage.

For a brief time in the early 1980s, Sony attempted to make the microcassettes work more like an audio medium, including stereo sound and metal tape formulation microcassettes.
However, they failed. No matter what Sony did, an analog tape rolling at 15/16th inches per second could never sound very good no matter what kind of tape was used (cassettes used 1 7/8 IPS, 8-Tracks 3 3/4 IPS).
In the modern digital world, it's like the sound of a 32 kbps MP3 to a 320 kbps MP3.
​
The Microcassette never went further into general use much beyond dictation and in telephone answering machines. They have since been replaced by digital recorders and popular dictation software, for example.
​
Competing with the Micro-cassette was the Mini-cassette (developed in 1967 by Phillips) and the even smaller Pico-cassette (1985 by Dictaphone.) 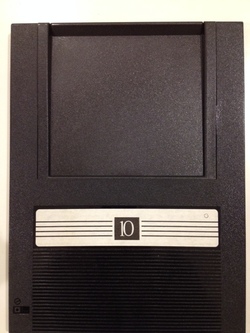 The Bernoulli Box (or simply Bernoulli, named after Daniel Bernoulli) is a high-capacity (for the time) removable disc storage system that was lomega's first widely known product. It was released in 1983.

The original Bernoulli disks came in capacities of 5, 10, and 20 MB.

The drive spins a PET film floppy disk at about 3000 rpm, 1µm over a read-write head, using Bernoulli's principle to pull the flexible disk towards the head as long as the disk is spinning.

In theory this makes the Bernoulli drive more reliable than a contemporary hard disk drive, since a head crash is impossible. 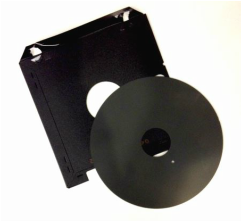 Floppy Disks
A floppy disk, also called a diskette, is a disk storage medium composed of a disk of thin and flexible magnetic storage medium, sealed in a rectangular plastic carrier lined with fabric that removes dust particles. Floppy disks are read and written by a floppy disk drive (FDD).
Floppy disks, initially as 8-inch (200 mm) media and later in 5¼-inch (133 mm) and 3½-inch (90 mm) sizes, were a ubiquitous form of data storage and exchange from the mid-1970s well into the 2000s.

By 2010, computer motherboards were rarely manufactured with floppy drive support; 3½-inch floppy disks can be used with an external USB floppy disk drive, but USB drives for 5¼-inch, 8-inch and non-standard diskettes are rare or non-existent, and those formats must usually be handled by old equipment.
​
While floppy disk drives still have some limited uses, especially with legacy industrial computer equipment, they have been superseded by data storage methods with much greater capacity, such as USB flash drives, portable external hard disk drives, optical discs, memory cards and computer networks. 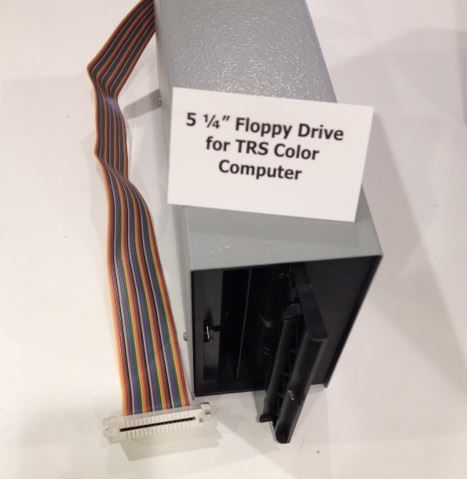 While most disks, floppies and cassettes have been discarded to the rubbish, the information that they once held is now stored in the cloud. The "cloud" is a ubiquitous, super-convenient, on-demand method of keeping our entire lives on file for ever.

We no longer need to make physical room in our homes for stacks of photo albums; we can now store thousands of pictures without finding additional space in a single closet. We don't need to catalog or organize our music CDs in handy plastic sleeves. Our musical archives can be kept on our phones, in our iPads or any other number of devices - all at the same time without spending hours upon hours of copying them from one place to another.

Our most vital and important documents can be stored away from our homes or our place of business keeping them safe from fire or flood and, quite possibly, *theft.


*While the cloud has proved to be a very safe method for network access, it is not without its flaws. You can learn quite a bit about the cloud with a simple Google search. For more information and to better understand how the cloud actually works visit All About Cloud.
New Hampshire Telephone Museum
One Depot Street - PO Box 444 - Warner NH 03278
info@nhtelephonemuseum.org - 603.456.2234
Copyright © New Hampshire Telephone Museum 2021. All rights reserved.
Privacy Policy