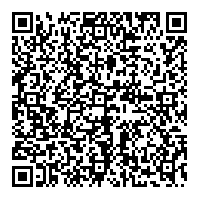 Well over 130 years after the first telephone transmission, the movies continue their love affair with the telephone. In many a scary movie, the action would wane if it wasn’t for the ringing of the phone. Hearts skip a beat when the phone call comes in The Ring and who could forget actress, Drew Barrymore, in a blond wig being teased by a tormenting mask-wearing caller in the opening scene of Scream. Vintage film-lovers will recall When a Stranger Calls starring a young Carol Kane as a trapped babysitter. But the telephone hasn't always played a role in just slasher films.

Colin Farrell learns that it’s unwise to answer a ringing phone in a New York City phone booth because a psycho could be on the other end. But a telephone booth becomes a safe haven in Hitchcock's The Birds.  And who could forget the surprise call to Jodie Foster from Anthony Hopkins , aka Hannibal, in Silence of the Lambs.

Romance rang in the movies, as well; Bells are Ringing with Judy Holiday is one such notable. Doris Day and Rock Hudson fell in love while sharing a party line in Pillow Talk.  And while the telephone is the means between success and being fired in Glengarry Glen Ross, a cell phone call enables a last farewell in United 93.

There are so many scenes in which the telephone plays an intricate role in either the plot of the film or the viewer’s experience. What’s your most memorable?