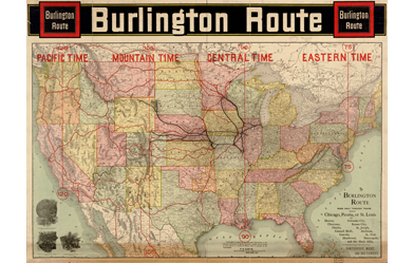 When human beings first began keeping track of time, communities set their clocks to the local movement of the sun often based upon “high noon,” or when the sun was at its highest point in the sky. However, as railroads began reducing travel time between cities from days and months to a matter of mere hours, the existence of a unique time zone in each community became a scheduling nightmare. Often, railroads were forced to publish timetables with dozens of local time zones for a single train.

​At high noon on November 18, 1883 railroads began using the new time zone system, and in 1918, Congress formally adopted the railroad time zones as the official time code system of the United States. 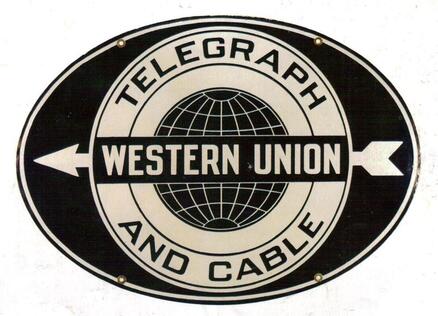 Telegraphers at most small stations, in addition to their railroad duties, worked for Western Union.  Sending, receiving, and delivering telegrams was engaging work. There was always a sense of urgency about a telegram. Many contained death notices or news of serious illness. Others announced births, anniversary wishes, or congratulations on a job well done. Those brought smiles, and tips, from the recipients. The railroad would not permit gratuities, but Western Union had no such rule.