In computing, the desktop metaphor refers to the interface metaphor which is a set of unifying concepts used by graphical user interfaces to help users more easily interact with the computer. The desktop metaphor treats the computer monitor as if it is the user's desktop, upon which objects such as documents and folders of documents can be placed. A document can be opened into a window, which represents a paper copy of the document placed on the desktop. Small applications called desk accessories are also available, such as a desktop calculator, sticky notes,  notepad, clock, etc. 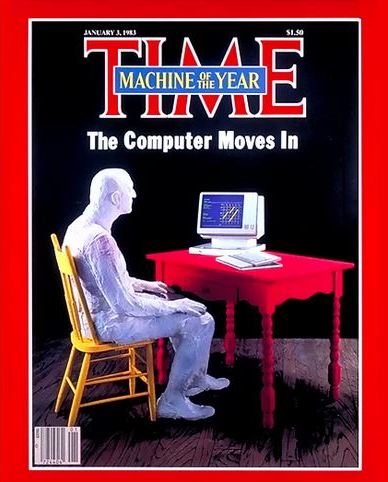 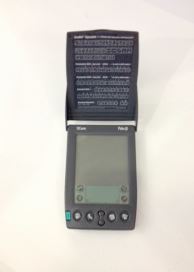 The Palm III was a personal digital assistant made by the Palm Computing division of 3Com.
It went on sale in 1998 as a replacement for the PalmPilot handheld. It was the first Palm handheld to support infrared file transfer and a Flash ROM-capable operating system.
At release, the Palm III was priced at US $400. The Palm IIIc was the first color PDA made by Palm, Inc. It ran Palm OS 3.5, the first Palm OS version to have native color support and supported paletted 8-bit color modes. The machine has a TFT LCD that is bright indoors, but almost unusable outdoors. The Palm IIIc featured the classic III-series connector, 8MB of RAM and a 20MHz Dragon Ball EZI CPU. The unit also had a lithium ion rechargeable battery and a slightly modified version of the original Palm III chassis.