Alexander Graham Bell was a man of many skills and a multitude of ideas. While he may be forever known as the inventor of the telephone, it was but only one of his countless achievements.

Bell lived a multi-faceted life as an inventor, scientist, teacher, a devoted husband, and father.

Bell’s curiosity was seemingly endless, his devotion to research unwavering, and his contributions to humanity inspiring.

​Alexander Graham Bell was a Scottish-born inventor and like Bell,
Scotland has a fascinating, and often surprising, history.

Join us as speaker, Bill McKinley, explains the rich history of this Kingdom.

Listen to the tales of a genealogical quest for ancient relatives. Learn about the Scottish pipes and the Celtic kilt. Uncover a few lesser-known facts of the Scottish culture, its cuisine, and the rugged Highlands.

Owls are intriguing creatures that have captured the human imagination for centuries.

Our interest in this enigmatic bird goes back thousands of years to caves in France, where an Ice Age artist drew an owl on a cave wall. Owls can be found on Greek coins and on Roman artifacts, In the late 1800s, an owl sketch would typically be seen adorning the office and lab of one Alexander Graham Bell.

Bell’s incessant drive to work through the night prompted his wife, Mabel, to paint an owl as a sort of love note to her husband, the “night-owl”.

Join us as we welcome the Squam Lakes Natural Science Center to the museum. An amazing organization located in Holderness, NH that educates, rehabilitates, and honors raptors, such as owls.

An expert naturalist will help us to better understand and appreciate these amazing animals. Guests will have an opportunity to see several owl species up close and learn more about them.

The Invention of Miracles takes a “stirring” (The New York Times Book Review), “provocative” (The Boston Globe), “scrupulously researched” (Pittsburgh Post-Gazette) new look at an American icon, revealing the astonishing true genesis of the telephone and its connection to another, far more disturbing legacy of Bell’s: his efforts to suppress American Sign Language. Weaving together a dazzling tale of innovation with a moving love story, the book offers a heartbreaking account of how a champion can become an adversary and an enthralling depiction of the deaf community’s fight to reclaim a once-forbidden language.

Author, Katie Booth, has been researching this story for more than fifteen years, poring over Bell’s papers, Library of Congress archives, and the records of deaf schools around America. But she’s also lived with this story for her entire life. Witnessing the damaging impact of Bell’s legacy on her family would set her on a path that overturned everything she thought she knew about language, power, deafness, and the telephone.

Join us for a book discussion and book signing. 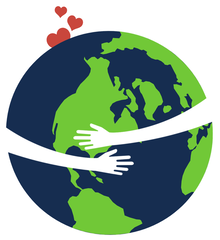 During the 1950s and 1960s bingo was one of the most popular pastimes in the USA, enjoyed by millions of players up and down the country. Half a century later the game was struggling to attract players, leading many experts to predict a time when bingo would become obsolete.
Fortunately, a fresh breath of life was breathed into bingo by the emergence of the online sector during the mid-2000s. It wasn't just the online sector that helped to turn around bingo's fortunes, there were other factors at play, like glamorous drag queens...
​

​So what is Drag Queen Bingo? Quite simply, it is a synergy between bingo and Drag Queen culture. A sparkling Drag Queen replaces the traditional bingo caller for a night of jokes, fun and laughter!

Jeff Rapsis is a writer/editor, educator, composer and performer who specializes in creating live musical scores for silent film screenings.  His talent and enthusiasm have made him a crowd-favorite! We've had the pleasure of working with Jeff in past years and we are delighted to be collaborating with him again!

Join us for live music which will accompany this classic silent-era film on the big screen.

"All those elements are important parts of the silent film experience," said Rapsis, who will accompany the films. "Recreate those conditions, and movies of early Hollywood like these railroad dramas leap back to life in ways that audiences still find entertaining."

Rapsis performs on a digital synthesizer that reproduces the texture of the full orchestra, creating a traditional "movie score" sound. He improvises a complete original score for each film in real time during the screening.

"Creating a movie score on the fly is kind of a high-wire act, but it can often make for more excitement instead of everything being planned out in advance," Rapsis said.

Rapsis encouraged people unfamiliar with silent film to give it a try.

"If you haven't seen a silent film the way it was intended to be shown, then you're missing a unique experience," Rapsis said. "At their best, silent films still do connect with cinema-goers. They retain a tremendous power to cast a spell, engage an audience, tap into elemental emotions, and provoke strong reactions."

We're always on the look-out for interesting speakers and fun events, so on occasion, we're apt to arrange a Pop-Up Event. Pop-Up Events might be anything from an hour lecture or a mini-exhibit that lasts only a day. There's no way for any of us to know what or when a Pop-Up Event may occur, so you'll just have to be sure to sign up for our newsletter, follow us on Facebook.

POP-UP's we are working on now:

Additional Programs to Look Forward To...

Blue Star Museums is a collaboration among the National Endowment for the Arts, Blue Star Families, the Department of Defense, and museums across America offering free admission to the nation’s active-duty military. NHTM has participated in this program for over 8 years and we are proud to offer free admission to active duty military personnel and their families during this summer-long program.

"Dial Me In" Business After Hours - Postponed [Date TBD]

Mark your calendar for America’s annual celebration of boundless curiosity on Saturday, September 17, 2022 and be part of our national Museum Day event. Museum Day brings together museums, zoos & cultural centers from all 50 states and offers free admission to all ticket holders. After spending the past year indoors, this year our central theme is centered on encouraging people to get out, learn about the world around them, and EXPERIENCE AMERICA.

Museum Day is a one-day event in which participating museums and cultural institutions across the country provide free entry to anyone presenting a Museum Day ticket. Participants are allowed to download one ticket per email address.

We LOVE Warner! For all the reasons you might imagine; it's our home, many of our friends live here, and it's a charming, picturesque village.

But, Warner, boasts so many other attributes that make us proud to be a part of this amazing community, mainly YOU!

We wish to invite all the residents of Warner to visit the museum for free on July 13th.

Spend an hour or two...spend the day.

Glenn Davison of KitingUSA.com, is an internationally known speaker and workshop leader. He has delivered hundreds of workshops in various countries around the world and will be bringing his knowledge and aerodynamic skills to the museum on June 28th!
​
Building and flying your own kite is fun and rewarding. In less than an hour, you can build a kite that flies better than most of the kites you can buy!
​
Each person that attends the workshop will build and decorate their own kite. All the materials will be provided and the workshop is for everyone - 8 to 108! Flying line is included.

Before smartphones, back even before the Internet and personal computer, a misfit group of technophiles, blind teenagers, hippies, and outlaws figured out how to hack the world’s largest machine: the telephone system. Starting with Alexander Graham Bell’s revolutionary “harmonic telegraph,” by the middle of the twentieth century the phone system had grown into something extraordinary, a web of cutting-edge switching machines and human operators that linked together millions of people like never before. But the network had a billion-dollar flaw, and once people discovered it, things would never be the same.

Exploding the Phone tells this story in full for the first time. It traces the birth of long-distance communication and the telephone, the rise of AT&T’s monopoly, the creation of the sophisticated machines that made it all work, and the discovery of Ma Bell’s Achilles’ heel. Author Phil Lapsley expertly weaves together the clandestine underground of “phone phreaks” who turned the network into their electronic playground, the mobsters who exploited its flaws to avoid the feds, the explosion of telephone hacking in the counterculture, and the war between the phreaks, the phone company, and the FBI.

An Evening with Alexander Graham Bell ​-SOLD OUT

Mr. Zalewski is known internationally as the foremost historical interpreter of Theodore Roosevelt. He has performed "Teddy Roosevelt: Mind, Body and Spirit" in over 30 states and in Europe at such venues as the National Theater, the Smithsonian Institution, and the White House.

In his newest lecture, Mr. Zalewski will share a more intimate history of Alexander Graham Bell in "Mind on Fire".